From A Small Miracle (working title):

On the other side of the small, rural town, a phone rang and Jeff Monroe reached for it. As the owner of Monroe Enterprises, a local trucking company, Monroe was wide awake on this summer night busying himself with minor maintenance tasks. One of his drivers, Dwight Pierpont, was scheduled to pick up a load of Adcantek particle board and transport it five hours north to Arrostick County, near the Canadian border. Monroe busied himself checking the headlights on the truck and fiddling with the air pressure in the tires, ensuring the load is safely and securely fastened.

When Monroe answered the phone Pierpont is on the other end of the line. Pierpont explained that his truck ran out of gas on the way to pick up the load, but he was stranded with an empty gas tank on the corner of Nason Road and Goose Pond Road.

Typically Monroe keeps a spare can of gas handy for these situations, but that night he was surprised to find the can empty. On the phone, Pierpont tells him that at his own house—on Hooper Road, a few miles away from where he’s waiting with the empty tank—he has a full gas can. Monroe grabs the keys to his girlfriend’s 2005 Chevy Malibu and drives down Nason Road to pick up Pierpont and then drive a few miles to retrieve the full gas tank at Pierpont’s house. Even though it wasn’t the most direct route, for some reason the two men turned right on Goose Pond Road and accelerated through the darkness, the headlights of the Malibu illuminating the thick Maine woods, deserted and tranquil during the summer night.

Monroe had driven the road many times, and he was well aware of its quirky nuances. As the road bent, Monroe instinctively slowed the vehicle but his practiced eyes spied a spray of gravel that had been kicked onto the road. For the last six years, Monroe had been a volunteer first responder with the Limerick Fire Department, and the gravel troubled him. In the backwoods of rural Maine it is not uncommon to see gravel kicked across the road during the winter, when dirt bikers, snowmobilers, and ATV-drivers leave their mark during a brief reprieve from confinement to back woods terrain. In November it wouldn’t be uncommon, but in the early morning hours of a summer night in July, something was wrong. 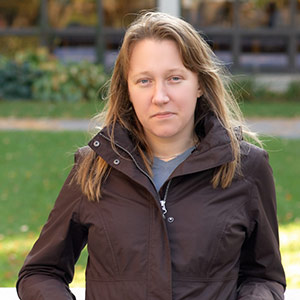